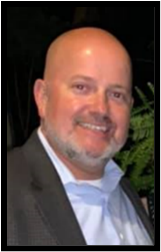 There was a story which was told several years ago now about a youngster who came home from Sunday School, having been taught the biblical story of the crossing of the Red Sea. His mother asked him what he learned in class, and he told her: “The Israelites got out of Egypt, but Pharaoh and his army chased after them. They got to the Red Sea, and they couldn’t cross it. The Egyptian army was getting closer. So, Moses got on his walkie-talkie, the Israeli air force then bombed the Egyptians, and the Israeli navy built a pontoon bridge so the people could cross.” The mother was shocked. “Is that the way they taught you the story?” “Well, no,” the boy admitted, “but if I told you the way they told it to us, you’d never believe it.” We hear stories like this one and we are a little skeptical. How did Daniel emerge unhurt from a lion’s den? What about Shadrach, Meshach, and Abednego surviving a fiery furnace? The point to all these stories is to prove that God cared about us so much that he was willing to suspend the laws of nature to support and protect those whom He favored. I have so many stories that I could share with you of God’s love, support, and yes… even protection. But you may not get exactly what I saw at the time. One of those would be when my youngest daughter Bradley hydroplaned, and a pole should have split her car in two! I’ll never forget it. The state trooper had water dripping off his hat as he said in amazement, “Mr. Herbert, I do accident investigations, this is what I do, and according to the skid marks, there is absolutely no way that your daughter’s car shouldn’t have hit that pole over there.” I cried. I have more stories, many more. So do you. God is sovereign and He can change the laws of motion or nature at any moment. He is all powerful. He is faithful. He wants the best for us. This is the God that we worship.  It’s time for you to simply trust that the Red Sea did in fact part just because God wanted to make a way.

He will do the same for you.  If you trust Him.

Until the nets are full,